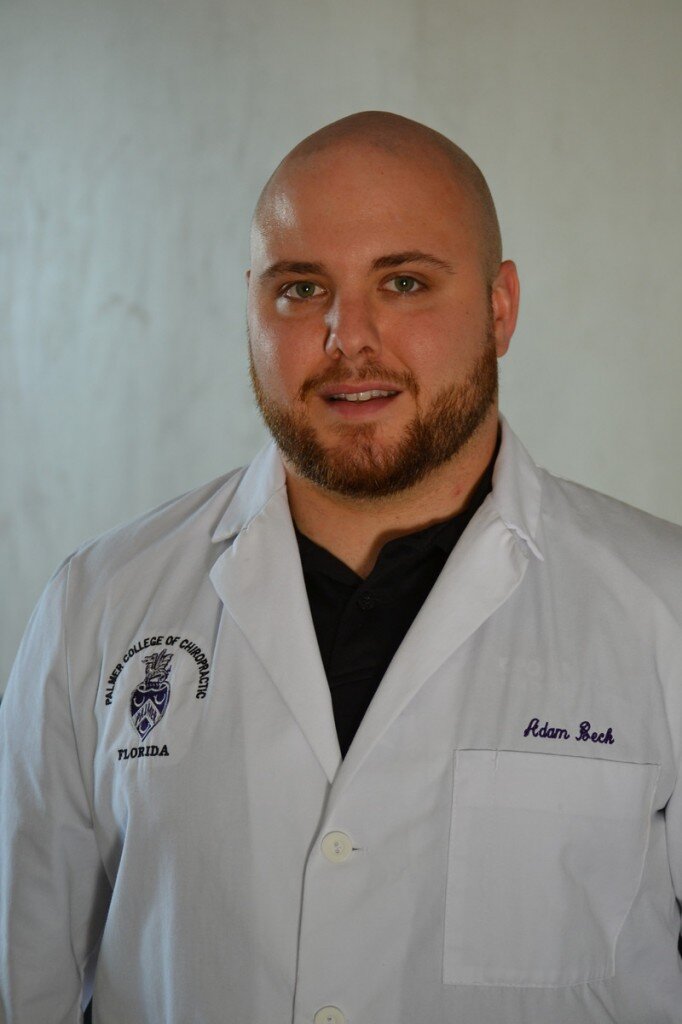 Dr. Beck was born and raised in upstate New York where he graduated top of his class, was a member of National Honor Society, and captain of the football, basketball and baseball teams. Upon graduating, Dr. Beck attended SUNY Brockport, pursuing a degree in Athletic training and playing baseball. As an athletic training intern, Dr. Beck spent three years working with the college’s athletic teams focusing on injury prevention, rehabilitation, and sideline first aid.

Dr. Beck had a unique experience with chiropractic care as a child, which drove him to forgo a career as an athletic trainer and enroll in chiropractic school. Suffering from severe asthma since his birth, he had tried the conventional approach to the illness but still found himself in the hospital multiple times throughout his childhood. At the age of 8, he began chiropractic care along with dietary changes. Gradually, over two years, his condition improved to the point where he was off all medications and had not stepped foot in a hospital. To this day, he has not had any symptoms of asthma, to which he owes everything to chiropractic.

Dr. Beck Graduated from Palmer College of Chiropractic- Florida in 2014, and soon after was brought on at VardyHPC. Dr. Beck brings vision to treat each individual as an athlete in their respective field through the use of Spinal manipulative therapy, myofascial release, strength and mobility, and dietary approaches. Dr. Beck is certified Selective Functional Movement Assessment (SFMA) and Fascial Manipulation, which are just two of the various techniques he uses to get people moving and feeling better!

Outside of the office, Dr. Beck is also a CrossFit instructor at CrossfitHPC, a pitching and hitting coach at The Athletic Zone, and assistant coach of the Storm Surge travel baseball team. Dr. Beck can also be seen providing care at local races including Rex Wellness Triathalons, or treating the Mudcats baseball team.